We took this season down to the wire! Heading into the last weekend with a tag is always tough. The pressure builds throughout the late season, and with deer movement dropping off and clear skies rolling in it’s tough to find motivation… However, knowing you won’t have another Blacktail buck tag in your pocket for months provides some incentive to stick with it.

In developing our plan for this weekend we agreed that sitting a tree stand would likely produce the best odds at a buck. In our experience, when the weather is clear and cold spot and stock is very draining as the animals almost always hear and/or see you before you see them. We figured the wind storm late last week had the deer hunkered down, and we may be able to catch a buck feeding in daylight hours with the calm weather moving in.

Mike and Zac crawled into the stand 30 minutes before light for what they figured would be another lonely sit. To their surprise, shortly before 9:00am a buck fed over the ridge toward the stand. It was a small three point, but with it being this late in the season Zac was planning on shooting it given the opportunity. The buck took his time as he wondered in and out of waste deep salaal patches. Just as he started to turn broadside a four point poked his head over the ridge behind him. Pleasant surprise! Both bucks were on high alert, moving very slow and watching 360 degrees around them. The three point was in the lead and started to turn down hill away from the stand. The opportunity was quickly fading. Just as the four point made his way into the shooting lane, Zac glanced at the LCD screen on the camera to make sure Mike was able to film the hunt. Record button on, buck standing broadside, bow drawn….. He released the arrow and the rest is history. 2014 in the books!

Looooooong season and tough hunting, but an incredible year for our group! Wow. Couldn’t ask for more. Extremely thankful for each and every opportunity that we have had! Lots of editing to do between now and the first of the year… We hope you all had a safe, fun year and were able to fill your freezers for the winter! 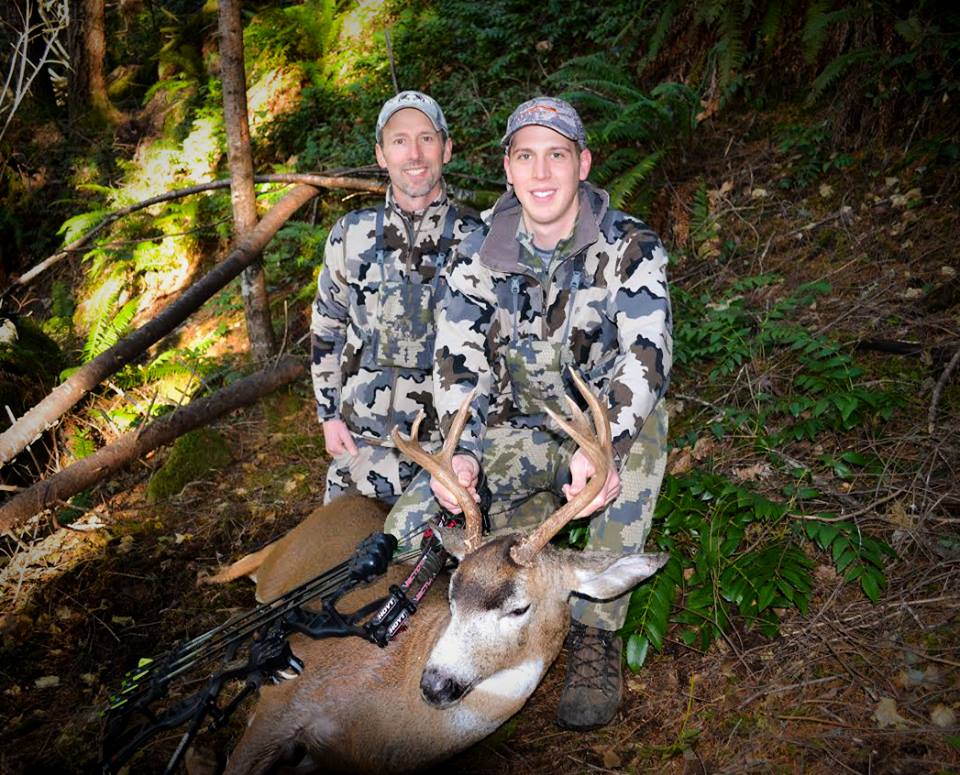