Swamp Donkey Down!!! Not as large as a couple of the bucks we were after, but my 2014 Muzzle Loader season came to an end this morning shortly after daylight. We drove into an area that we’ve seen a lot of good bucks in the past, and started walking roads and glassing clear cuts. The second unit we hiked into had a few fresh deer tracks, but nothing too impressive. The woods were fairly calm, but a light rain began to disrupt the sound of our boots sloshing in the mud. We crept forward into the clear cut and just as we could see the entire unit Shane grabbed me and said “There’s a good buck. 100 yards, shoot him!” The light was so dim, I could barely make out his body as he stood directly over a doe. At 100 yards I was not confident with the shot so I chose to wait until I could close the distance. Both deer ducked behind a brush pile and I quickly started to move. As I put my head down to watch my steps the doe had darted back out from behind the brush with the buck directly behind her. They both stopped immediately, lifted their heads and stared straight at me. I was busted, but figured I could get a shot now that I could see them better. I dropped down onto a stump and lined up my front sight just as they turned and dove into a brush patch along a creek.

Shane thought he knew where they were headed, so we shagged around to an old grassy road that paralleled the edge of the unit. We got set up 55 yards from a creek crossing in the road and waited… I had a good rest and Shane had the camera dialed in to capture anything that moved. 5 minutes had passed and I figured the deer were long gone. I started to think about our next move to find another buck when all of a sudden the doe pops out onto the road. I quickly shouldered my gun and waited….. Like clockwork, the buck was seconds behind. At first he looked like a different buck, much smaller than what we had just bumped out of the unit, so I was hesitant. Shane said “That’s not him! That’s not him, don’t shoot.” I waited…. And waited…. After what seemed like forever Shane was able to make out the bucks frame and could tell he was much taller than we originally thought and said “Shoot him!” BOOOM! A giant plume of smoke filled the old skid road and I caught a quick glance of a white belly hitting the ground. He was done. Success. Tag filled. I turned to high five Shane and noticed the camera was not recording………….

Yup, didn’t hit the record button, lol. I bet he doesn’t do that again

We were both stoked regardless, very thankful to have this opportunity. Over the past week we have seen some incredible deer activity and learned a ton about Blacktails. The film we have captured of these deer is something that we typically only dream of. Although we didn’t get the shot on film, it’s worthy of sharing. The last thing we would do is reenact the event so we will show it like it is… It’s part of the deal and only adds to the story.

This is one of the most beautiful Blacktails I’ve ever killed. Immaculate cape and an extremely symmetrical rack. Very blessed! 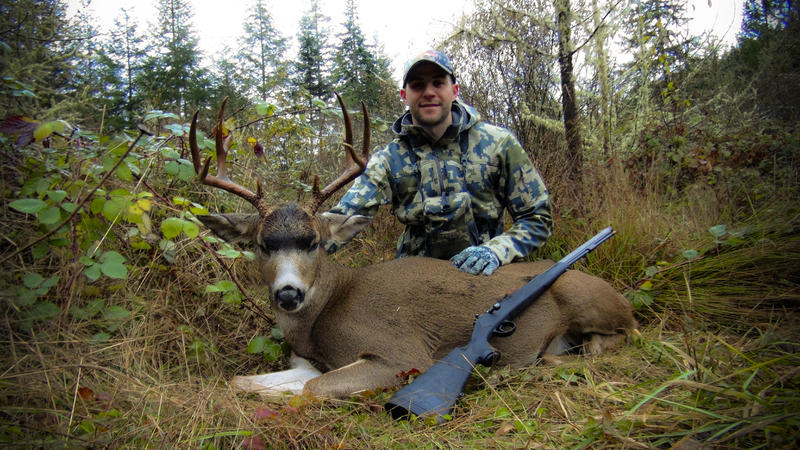 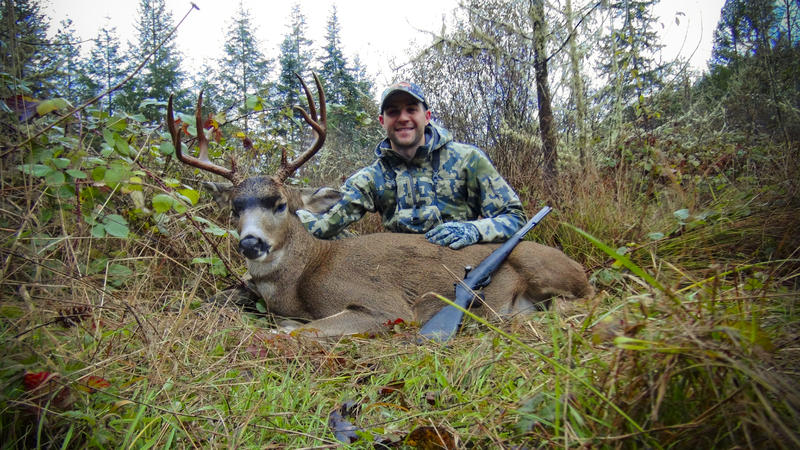 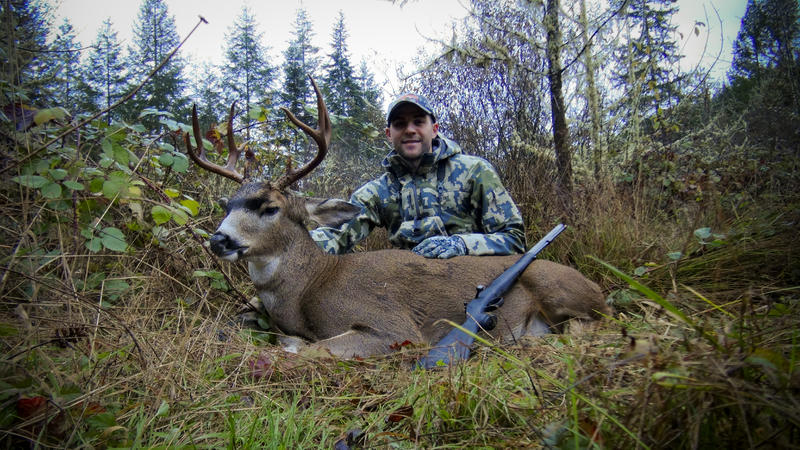