It was definitely one of those seasons for us this year. We struggled to make it happen time and time again, and were dealt the challenges of land closures almost everywhere we turned. Despite these conditions, Zac was able to capitalize on a nice Eastern Oregon 7X7 the last weekend of season. Due to the land closures, we split up and Zac and Mike took the last week off to head East.

Here is the summary of our first 4 weeks of season….

Plan A – Many close encounters, but lots of pressure by other hunters

Plan B – Closed due to fire danger

Back to Plan A – Can’t find elk

Zac got a hold of a friend of ours that had an area we could hunt for the last few days of season, so he and Mike loaded up the camper and bombed East. After a couple days of coming up dry, they finally located the herd and spotted this bull hanging around the outskirts. They tried to close the distance just before dark and quickly realized that it wasn’t going to happen. With nothing left in the bag of tricks, Zac threw out a good ol’ Phelps cow call… Turns out this bull was very interested and loved the sound of the estrous “cow” that was in the brush 🙂 He came trotting in to 52 yards then locked up when he may have heard our guest camera man, Jake, whisper to Zac that it was a 7X7 …..  lol, he may have been a bit excited!

The bull wheeled and started to run as Zac drew… He cow called and got the bull to stop for one last glance. With daylight fading and two days of season remaining, Zac keyed in on his pin, relaxed, and released the arrow. With a loud WHACK, the bull bucked and ran about 150 yards towards the herd. They watched him stand in the exact same spot until dark, so they backed out and headed back to review the footage. The shot looked low, but the arrow passed through, exiting about 8″ behind the opposite shoulder, mid slope! If it was as good as it seemed they would have watched him go down where he stood before dark, so they made the decision to let him sit overnight and get on him first thing in the morning.

They got on the blood trail shortly after light and cautiously followed it, scanning the trail ahead for any sign of the bull. After about 500 yards of difficult tracking, the blood increased as the bull had crossed a large creek draw. The blood was fresh, so they knew he was close by…. Zac was walking with his head down looking for blood when he glanced to his right and saw his bull bedded just 10 yards from him. Thankfully he had an arrow knocked, so he quickly put another one through the heart. The bull busted out of his bed and ran 40 yards before expiring!

It was a heck of a season; many miles, lots of close calls, blood, sweat and tears and finally a bull on the ground. Its only 1 out of 3, but we were thankful to get something between the three of us this year! We are looking forward to next year, as we will have our chance for revenge. 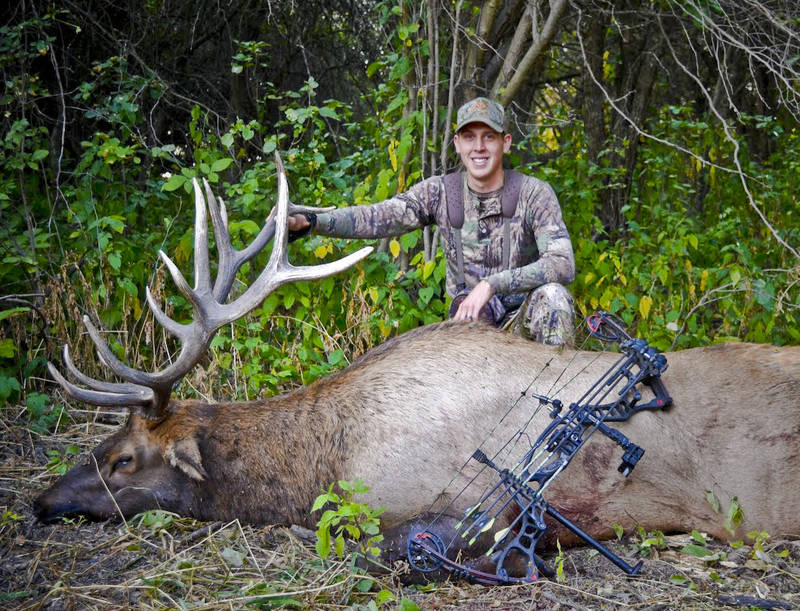 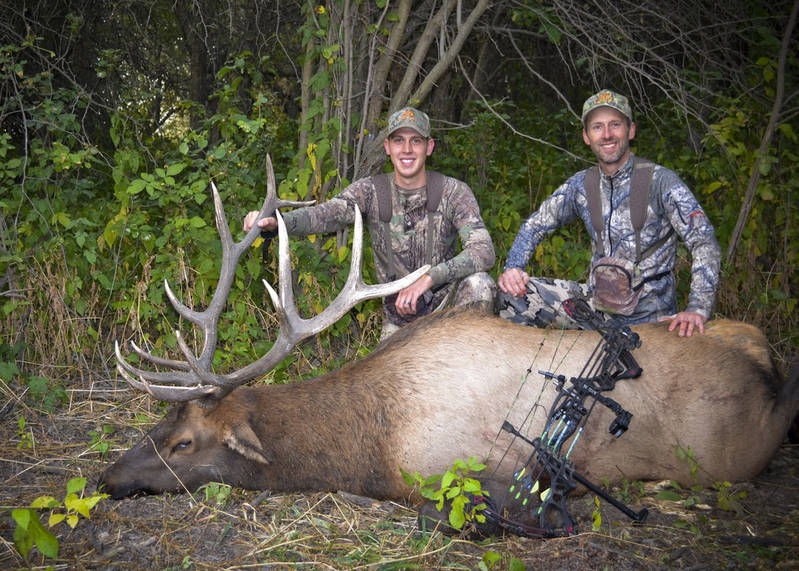 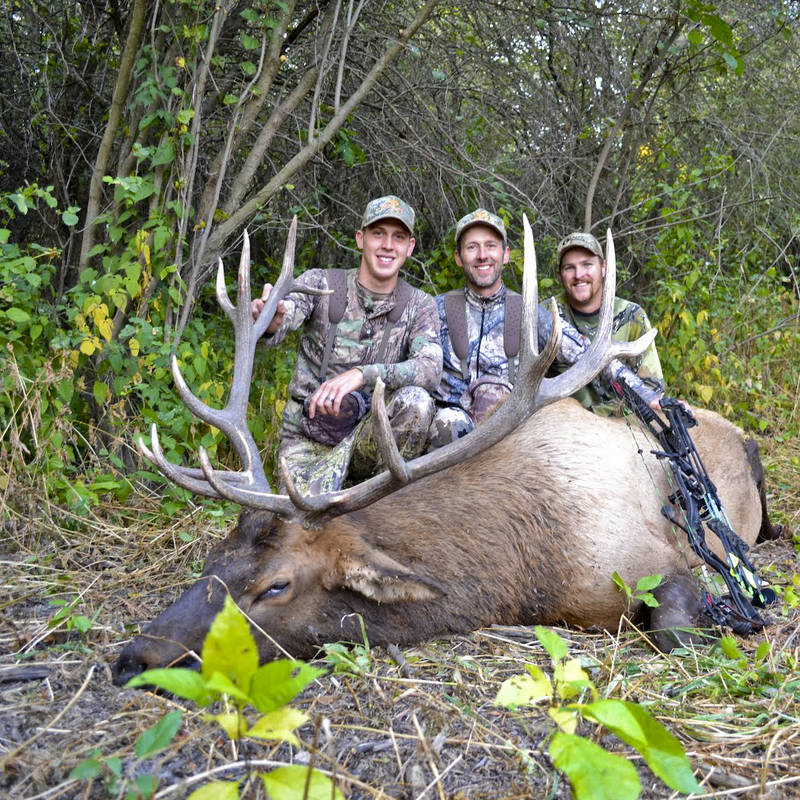 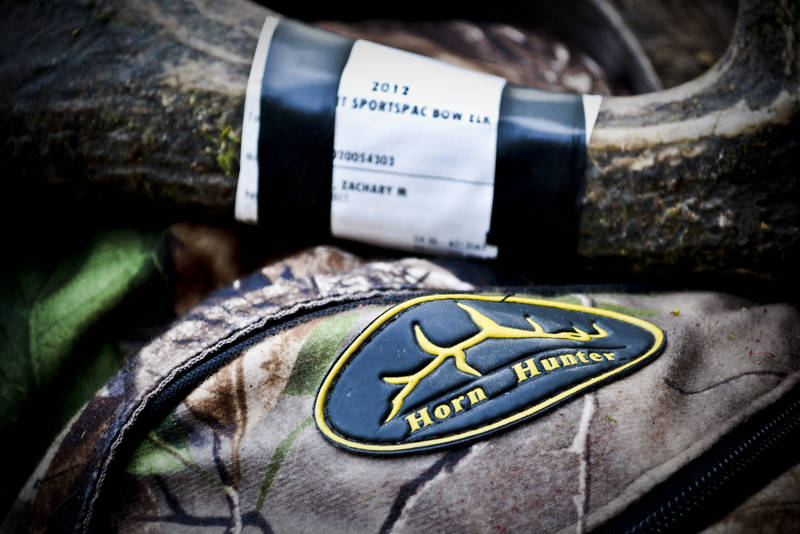 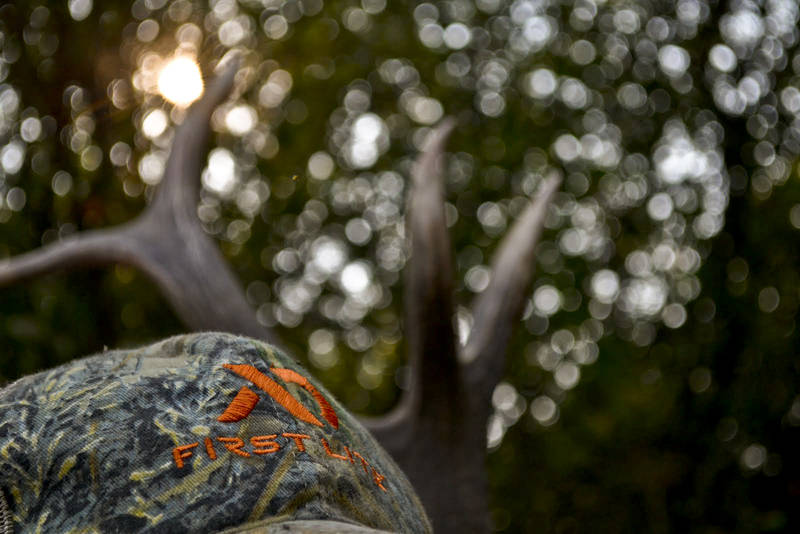